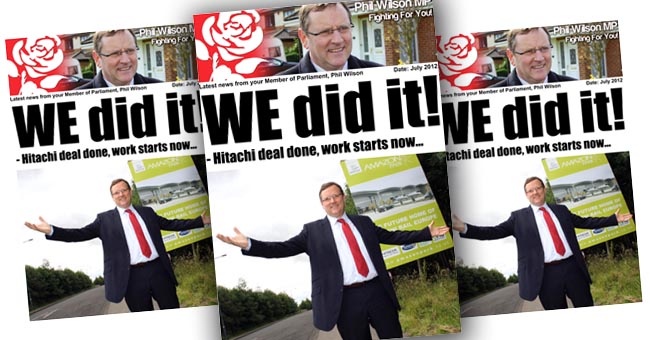 A prominent North-East MP has enlisted the help of local firm Mantis Media to spread the great news about Hitachi.

And the £4.5bn deal was finally confirmed by the Government this week.

Newton Aycliffe-based Mantis Media has produced a leaflet for Mr Wilson, which is being distributed to thousands of homes throughout his Constituency over the next few days.

“In future we’ll look back at this day as one of the most important and historic days in terms of business and economy,” says Mr Wilson, in the leaflet.

“This marks what could be the beginning of a new business era for Newton Aycliffe, Tees Valley, County Durham and the North-East.

“I’d like to thank all those who joined the campaign to ensure Hitachi came to Newton Aycliffe.”