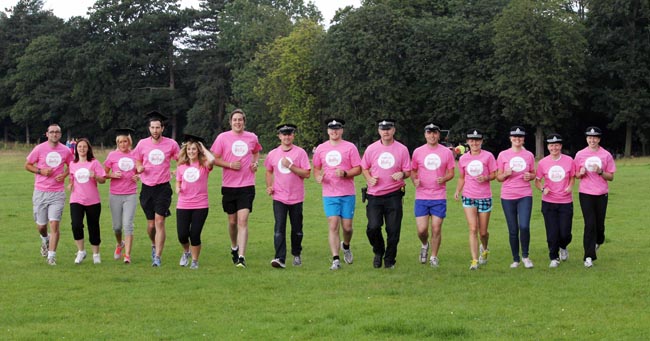 Meanwhile, Mantis also managed another event to promote the race this week (pictured above and below).

A group of more than 50 fundraisers, many of them police officers and teachers, will join forces for the popular 10k in aid of the new charity, Hope for Holly.

The charity has been set up by Andy Gowland, a neighbourhood community police officer in Coulby Newham, and his wife Lucy, a teacher at Middlesbrough’s Acklam Grange School, after their four-year-old daughter Holly was diagnosed with leukaemia.

Holly will undergo chemotherapy treatment for the next two years after her diagnosis in May, a day mum Lucy describes as “your worst nightmare come true”.

In a determined effort to turn their ordeal into something positive, money raised will go towards Leukaemia and Lymphoma Research, and to Newcastle’s Royal Victoria Infirmary so it can continue to provide toys for its children’s cancer wards.

• To sign up for either run, visit www.runmiddlesbrough.com, call 01642 515672 for an application form or pick one up at Middlesbrough leisure centres or the Central Library. The 10k is also open to wheelchair athletes.
• Entry for the SABIC Tees Pride 10k is £15 or £13 for affiliated runners. Entry for the 3k Fun Run is £7, with family entries just £24 for two adults and up to three children aged under 16. 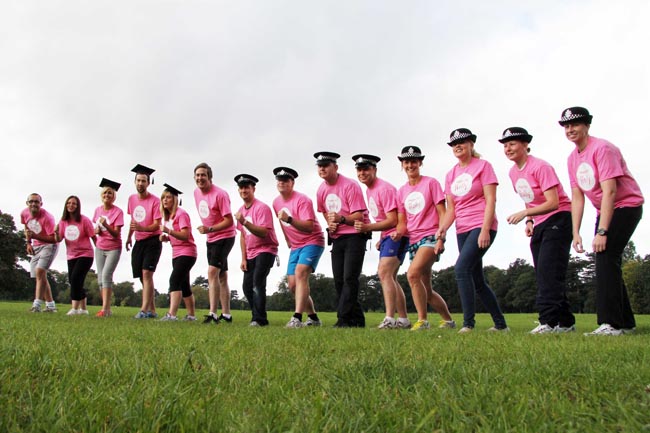